This is the time to take a trip down memory lane, or should we call it automotive memory lane! Who doesn’t like classic cars? Who can escape the charm and the elegant appeal of these cars! They can now incredibly rare, but thanks to various restoration services, they are slowly coming to market. Therefore, in this list, I will talk about five of the most excellent classic cars to have ever manufactured in the history of automobiles.

The first on the list is a Shelby Cobra. Even though the Shelby Cobra was great by itself, the 1966 Shelby 427 Cobra could be considered as an extremely cool car for all ages. This classic vehicle would certainly sit as one of the top creations of Carroll Shelby, who only produced 23 of the Cobra 427. Apparently, the machine can accelerate from 0 to 100 mph and come back to a halt in less than 14 seconds! 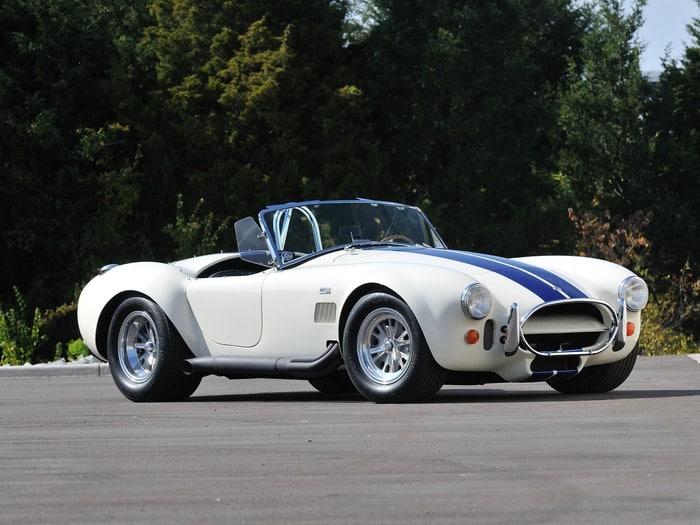 It is remarkable that fewer than 1400 of the Ford Mustang Boss 429 was produced in 1969. Ford were keen on developing a Hemi engine, for the NASCAR series, so as to go up against Chrysler’s 426 Hemi. Even though the Boss 429 was only claimed to produce 450 lb-ft of torque and 375 hp, there are many examples which could produce more than 500 hp. This is still considered one of the top classic cars of all time.

The Mercedes-Benz 300 SL Gullwing can be remembered for becoming a pioneer of Gullwing doors even before it became cool. Mercedes-Benz was the pioneers of the beautiful tech, which made this vehicle a collectible item and a thing of beauty. This was not just show and no-go, as it was one of the fastest cars back during its time.

Next, we have the Cadillac model, which is the symbol of American luxury. The production continued until it reached the 4th generation of the Cadillac Eldorado in 1959. This classic car was large, luxurious, and styled in an ostentatious manner. The chrome grille, cool headlights, and great-looking taillights were able to don the posters in many bedrooms! The fins on these models kept on getting bigger in the latter years! All in all, this was one of the most iconic classic cars of all time.

Lastly, we have the coolest classic vehicle of all time. This is arguably considered one of the most iconic vehicles of its time. The El Camino is nothing less than a boss in the fraternity of classic cars. For most people, when it comes to the 1970 Chevy El Comino SS, you can safely say that they are immediately hooked. It had a monstrous 4.54 litre V8 motor, which made 450 hp and 500 lb ft of torque. This is the ultimate definition of a muscle car!

So there you have it, 5 of the best classic cars to have ever manufactured. Now, you can choose your favourite one, in case you wish to rent one. Stay tuned for more updates!